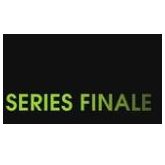 Tonight’s episode was a flashback  through the eyes of the show’s resident psychic Shawn. The majority of the episode revolved around a major decision that Shawn made.

During a phone conversation with his girlfriend, Shawn revealed that he was going to move up north to be with her. The move meant he would be closing the Psych office.

Shawn came to the decision to close the office without telling Gus, which then weighed heavily on his mind. In an effort to distract Gus, Shawn tried to become involved in another case.

This case was unlike any other though as Shawn tried every way possible to break the news of the closure to Gus. Towards the end of their final case, with their lives in danger Shawn’s father, a former police officer, came to the duo’s rescue.

Once the case was closed it was time to get to the heart of the matter, Shawn had to tell Gus about the closing. Unable to deliver the news in person, Shawn created a DVD for Gus and the rest of the main characters.  Each had their own heartfelt reactions to the news.

After the DVD was delivered, Gus decided to follow Shawn to San Francisco. It was there the guys reunited with their former Chief and Shawn’s girlfriend, Juliet. Shawn then finally proposed to Juliet!

Fans can enjoy clips and behind the scenes fun on the show’s page of usanetwork.com.

I am the daughter of a retired Air Force Senior Master Sergeant. I have loved to write for as long as I can remember. When I am not writing I enjoy watching television and spending time with my friends and family.