The Carrie Diaries: Is Carrie & Sebastian Really Over?

In the episode of the Carrie Diaries, Strings Attached, Carrie and Sebastian finally decided to do something about their feelings for each other by calling it quits all together.

Even after Sebastian and Carrie kissed in the classroom where Dorrit locked them in.

Sebastian continued to fight for Carrie for the last few episodes while Carrie tried to forget Sebastian. She even told him she hated herself because she still loved him.

Not only that, but almost everyone was looking forward to seeing them back together again after Season 2 started because how Season 1 ended.

Sebastian even admitted to Maggie that he regretted kissing her because of how much he cares for Carrie and how he didn’t want to hurt her.

Even though Carrie feels as if they’re probably not meant to be in each other’s present… what about their future? Is there still hope for them even after this breakthrough?

Do you think Carrie and Sebastian’s relationship is officially over and they won’t get back together or do you believe it’s just temporary?

Leave your comments below – and be sure to follow me by email for all my latest posts! 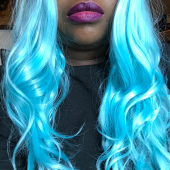 I think that Carrie and Sebastian will get back together but for now let them be apart t figure out what they really want when they find out that they both want them selves they would definitely come back.