Episode 2 of “The Neighbors” starts with Marty (Lenny Venito) and Debbie (Jami Gertz) Weaver enjoying a power walk through the Hidden Hills community.

They are happy to greet their neighbors and glad they moved…. until they round the corner and see Larry Bird (Simon Templeman) and Jackee Joyner-Kersee (Toks Olagundoye) placing the bound Weaver children into the flying saucer.

Debbie wakes up screaming and they call their alien neighbors over to grill them about their intentions on earth. Larry and Jackee tiredly assure them they have no desire to steal the children. Jackee expresses her fear of the Weavers revealing the aliens existence.

A series of increasingly outlandish questions follow, and we learn that Michael Bay is in some way connected to the aliens. That is probably never going to come up again unless it becomes a running gag/mystery.

The seemingly happy ending of the first episode gives way to suspicion and fear of the unknown as both wives spend time peering at the neighbor house through their windows. The fact that the other wife is also looking out the window only increases suspicions. The parents are forced to communicate with each other and their children when the two alien children, Reggie Jackson (played by Tim Jo) and Dick Butkus (played by Ian Patrick) decide they want to go to school like the human children.

The Weaver parents convince the Bird-Kersees to let their children attend school. They also offer to take the alien family to the mall to shop for clothes. There is a brief panic attack for the aliens when they discover they will have to ride in the Weaver’s minivan. The lack of shielding and weaponry concerns Larry, and the sound of the engine starting sends the entire community into a panic. Marty turned on the radio and Christopher Cross’ “Sailing” begins playing. The aliens calm down immediately.

The aliens have never been outside their community and apparently never bothered to watch TV after arriving on earth. The Mall is a shocking experience for them, though the children adapt quicker than their parents do. Larry and Jackee are amazed that the Weavers let their oldest daughter, Amber (Clara Mamet) shop the mall alone, but trust their oldest son, Reggie, to go with her. The two teenagers start to bond over shopping.

Larry and Marty go on their own little shopping trip and go through some type of bonding episode themselves. It culminates in Larry Bird trying something Marty suggested. The resulting brief shock scene served no purpose and seemed to be dropped in just to see what the reaction by audience would be. If it were removed, no one would realize it was gone.

The two families return to Hidden Hills as the alien left in charge by Larry Bird is preparing to declare himself expedition leader. The seeds of a power struggle are planted. If the series has a long-term plan, the power struggle could come to a head during the possible multi-episode invasion saga suggested in last week’s recap. That is two possible multi-episode plots setup in two episodes. Either the writers are planning on a long run, or they are hoping enough loose ends will keep people coming back.

The writing in episode two is solid, the humor flowing easily with the exception of the gag with Larry Bird in the Mall. The storyline is predictable, but with enough originality to maintain interest. There is good chemistry between Jami Gertz and Toks Olagundoye. Clara Mamet and Tim Jo play well together, but get a little wooden when acting against the adults.

It will be interesting to look back at the end of the season and see how the characters and actors develop with practice in the roles. If the writing remains solid, so should the ratings. There is room for improvement, but episode two was worth the effort of changing channels to watch.

The Neighbors airs at 8:30 Eastern/7:30 Central Wednesdays on ABC. Episode 2 is available free via streaming on ABC.com. 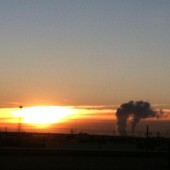