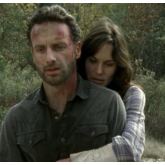 As of today, Netflix has all of both season 1 and season 2 available on streaming, a total of 19 episodes.

The series revolves around the idea that a mysterious disease has infected humankind. After death, the disease reanimates the people who have died, who go out and attack the living. It’s a post apocalyptic environment in which survivors struggle to exist.

As reported here on CP earlier today, AMC will be streaming the premiere of TWD S3 live online for DISH customers. DISH and AMC have a long standing feud and AMC and its affiliated channels, IFC, WE tv, and the Sundance Channel, are no longer available through the DISH satellite service.

Netflix does offer a free one month trial subscription to new customers through its website at Netflix.com.