Microsoft said the new app will bring “all the design, features and functionality of Twitter combined with the fast and fluid technology of Windows 8.”

For Windows Phone users, this new Twitter application will look very familiar to its mobile counterpart.

However, the application also has several features that make use of the Windows 8 operating system’s unique characteristics.

For example, users will be able to see recent Twitter updates on their Start screen and even on their lock screen, if they choose to enable the feature.

As well, users will receive notifications of replies and direct messages on their desktop.

Furthermore, it’s possible with Windows 8’s Snap View feature to display Twitter feeds as a sidebar on one side of the screen and monitoring the feed, while making use of other applications on the computer. 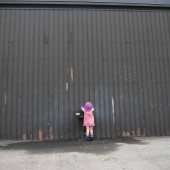 I am a mother of one and I love video games, gender/communications theory and bad tv.