Ultrabook Prices To Fall As Competition Ramps Up

Intel literally wrote the standards for ultrabooks, and they put their money where their mouth is. The chip-maker has invested $300 million into helping computer manufacturers develop ultrabooks. Intel plans to spend hundreds of millions more on promoting ultrabooks on TV, radio, and online, said the company.

We have not talked much about ultrabooks here on CP yet, mostly because they’re just starting to hit the marketplace in a major way. When they do hit it, they may go big time in a hurry. In the same way that tablets have become popular, ultrabooks may go from something no one has heard of, to a got-to-have device, in very short order. 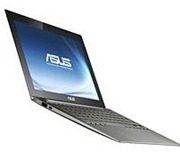 Ultrabooks are basically super-thin, lightweight, fast booting, laptops. Some will feature touchscreens and do double duty as a tablet.

“I think we can deliver the best of a tablet, and the best in what (users) know in a notebook,” said Intel’s general manager for PC client group, Kirk Skaugen, yesterday.

No doubt, ultrabook manufacturers would like to get their new devices out by the start of the back-to-school shopping season. But for the ultrabooks that include touchscreens, Windows 8 will be the optimal OS. Rumors suggest that Windows 8 might launch sometime in October of this year. So while Intel says a number of new ultrabooks will launch this summer, it will be at least this fall before we get a chance to play with the touchscreen models.