Who Are The Hardest Businesses For Shoppers To Work With?

According to a recent survey analysis, Sam’s Club, Publix, and Subway are some of the easiest businesses for consumers to work with.

On the other end of the spectrum, some of the hardest businesses and organizations for consumers to work with are Medicaid, Charter Communications and Empire (Blue Cross/Blue Shield).

The survey was completed by the Temkin Group. They collected feedback from 10,000 US consumers about 206 organizations in 18 different industries. Temkin’s most recent analysis looked at what businesses and organizations were the most ‘accessible.’

Accessibility was defined by Temkin as “How easy it is to interact with the company.”

Four of the least accessible were health care plans/insurance. 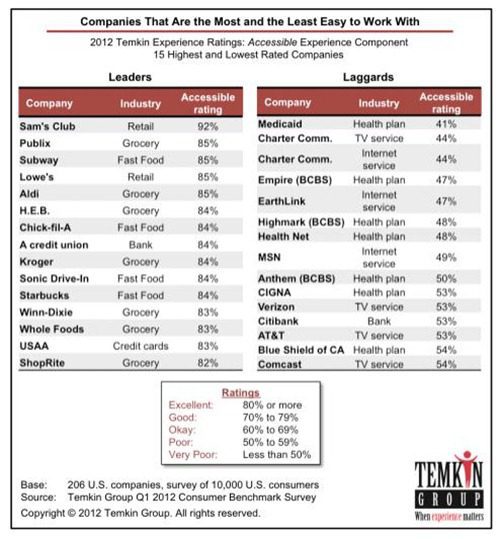