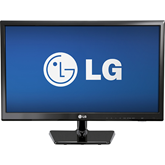 When it comes to Super Bowl themed HDTV sales, Best Buy is leading the pack with lower prices than their competitors, Amazon, Walmart and Target.

Amazon lists the same model for $249, while Target markets a Westinghouse brand TV for the same price.

Amazon’s same model price is almost $50 higher at $547.99. Target markets another Westinghouse with the same specs, but has a lower price of $379.

For the 24-inch model, Best Buy has the lowest price, but Target comes in under Best Buy for the 40-inch model.

The special “Big Game” sale on HDTVs at Best Buy continues beating the competitors with the bigger models. Best Buy lists a Sharp 60-inch LED 1080p 120hz HDTV for $899.99, a whopping $500 savings off the list price.

Amazon’s savings aren’t quite as large, as they list the same HDTV for $1097.99. For this model, Target actually lists higher than both Amazon and Best Buy at $1,199.

Where is Walmart during all this competitive pricing?

Where Walmart has the same model available, they list higher prices listed than Best Buy, Amazon and Target.

Have you seen better prices than these this week? Let me know in the comments below!