Is The New PlayBook OS Still Out-Of-Step With Shoppers?

Research In Motion (RIM) is making a bold attempt to give it’s BlackBerry PlayBook tablet a second chance at success. The 7 inch tablet was launched back in April of last year. But for many reasons, it was not well liked and has not sold well.

RIM is trying to rectify that by updating the PlayBook with a new OS. The update will include many of the features that were inexplicably missing when the tablet first came out. 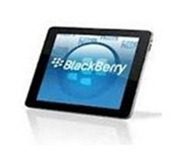 But users have begun pointing out something that’s missing with the new OS – entertainment. Netflix made it clear in a tweet with a PlayBook owner today that they have no plans to support the PlayBook:

“@netflixhelps @netflix @netflix_CA where is my #playbook app? You’ve had enough time and no more excuses! Thanks!” tweeted Jon Robinson.

“We don’t have any current plans to support Blackberry devices, including Playbook.” Netflix responded.

Netflix, received a number of angry tweets from PlayBook owners, after which they adjusted their stance a bit. The next day they tweeted “Generally we want to be on every screen that’s relevant to you. While we don’t support Blackberry today, our plans can change. Thanks all!”

But Netflix isn’t the only entertainment option missing on the PlayBook. It doesn’t have support for Hulu Plus or Blockbuster Online either.

We have to wonder if the primary purpose for buying a tablet may be shifting under RIM’s feet.

Has RIM missed the boat? Not having business apps when people wanted them. Then updating their tablet with the long awaited business apps – just in time for everyone to want entertainment apps?

Only time will tell, But this should be a heads up to Meg Whitman over at HP, who just announced HP will be launching a new tablet this year – one that is designed for use in the business world.