Microsoft’s "Buy A PC, Get A Free Xbox" Is Back 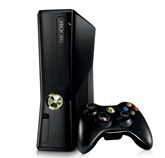 Microsoft is re-launching the ‘Buy A PC, Get A Free Xbox” student special they offered last summer.

According to a post on the Windows Experience Blog, this summer’s special starts May 20. The details: US students who buy a ‘qualifying PC’ that costs $699 or more from participating retailers can also get a free, 4GB, Xbox 360 console. The special is also available to students in Canada, starting today, that spend $599 or more on a qualifying PC.

Students must show a valid student ID that meets the retailer’s requirements to participate in the deal. The blog post did not detail the rules – but last year the requirements generally centered around either having an .edu email address and/or showing a valid Student ID/Academic Student Body card and/or showing other proof of being enrolled in a secondary school or enrolled/accepted to a post-secondary school institution.

Early this month Microsoft launched a different Xbox promotion. It involves an Xbox 360 bundle with a Kinect motion sensor for $99… when purchased along with a two year subscription for an Xbox Live Gold membership ($14.99 per month).