The bundle features 10 simulator game titles, that can all be redeemed on Steam for Windows.

The 10 games listed above are being offered together for a total of $4.99 USD.

In total, purchasing the Extreme Sims 2 Bundle saves an estimated $150 USD on the combined retail price of the games. This is a saving of 97%.

The Extreme Sims 2 Bundle can be purchased for a limited time from www.bundlestars.com.

After making a purchase, all that is needed to start playing the simulators, is to redeem the bundle keys on Steam. From there, the games can be downloaded and are playable after download completion.

Have you ever purchased a bundle from Bundle Stars?

Will you be getting the 10 games from the Extreme Sims 2 Bundle?

Let us know below! 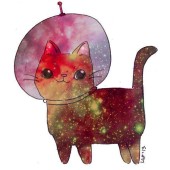