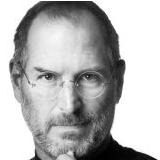 “Steve Jobs” by Walter Isaacson, hit stores today. Both the hard cover and Kindle editions of the biography are ranked … Read more

If you have a Nintendo 3DS or Nintendo Wii, you will soon have access to thousands of hours of streaming … Read more

It has now been confirmed, by sources that prefer to remain unnamed, that Apple stores will close today, October 19th, … Read more

Rumors are swirling that at least some Apple stores will be closed tomorrow, October 19, for a company wide memorial … Read more